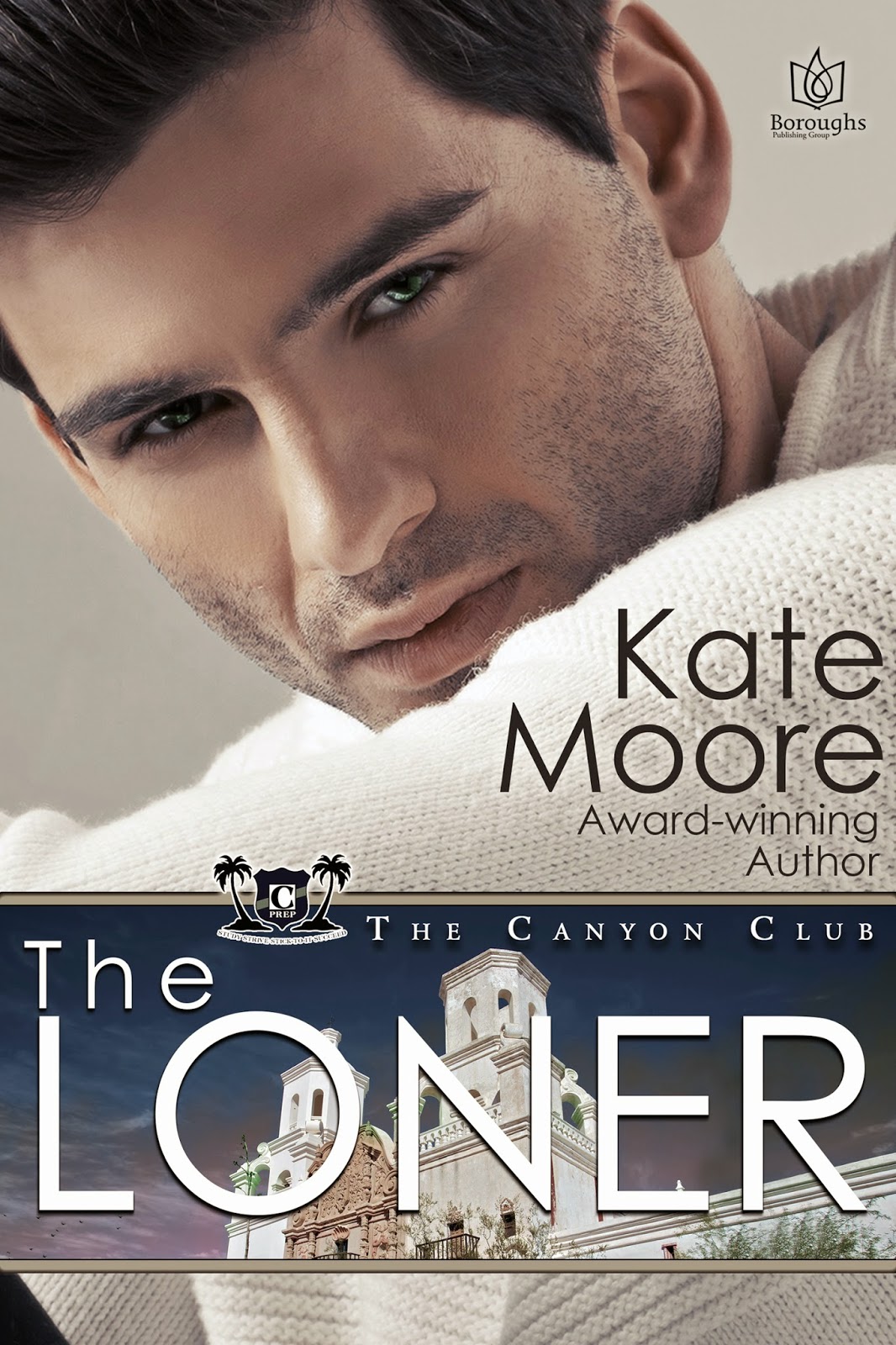 The Loner is the first book in Kate Moore's newest series, The Canyon Club.

Gatsby meets Persuasion in a story of sex and money in L.A. as a self-sufficient loner, new billionaire Will Sloan, dares to cross the divide of privilege to claim his lost love.

Synopsis:
PRIDE
Loner Will Sloan, son of a waitress and a dead rodeo cowboy, former scholarship student, new billionaire, is back in L.A., land of palm-lined drives and fiery sunsets. His friends urge him to jump into the hot city dating scene, but a chance encounter at a school reunion revives a powerful past love. He’s never forgotten Annie James…and this time around, he swears he’ll do the walking out.

AND PERSUASION
Widowed young, Annie James believes she’s recovered from the early heartbreaks that left her single and jobless at 24. Ten years later, she’s got a job, a house, and a personal passion helping at-risk kids. Then she steps up to do a favor for a friend and help a poor boy win a scholarship to the Canyon School. Doing so unlocks the door to the past, and to the one man who could break her heart again. This time, though, love will conquer all.

“Moore is a talent to remember.” —RT Book Reviews

Review:
So man this book was really good. It kept you guessing as to what was going on. Will and Annie met years ago when she worked at Canyon School and Will was a student. But don't go all thinking this is a cougar thing or anything like that. This story begins there and when they separate for reason's unknown to Will he will hold that grudge. When they are thrown together he does everything he can to open her eyes. She has a secret that will tell him exactly what happen. However the chancellor at the school is a huge dick and when Annie tries to help a student get into that school secrets will be reveals and the truth will be SHOCKING!!!! I could not put this book down.

EXCERPT from The Loner:

“Whatever committee I’m on. She has to be on it.”
“It can be arranged.”
“Arrange it.” Will turned and walked away before he did anything else stupid. He headed for the short hallway off the main patio. He hadn’t made his revenge speech yet.
He leaned against the wall opposite the door marked “Women,” tipped his head back against the stucco surface, and drew a steadying breath. He could count the number of times he’d seen her without a jacket. The lavender dress she wore offered revealing views of her person. From thin straps the neckline dipped in a simple lace-edged V. While Chambers spoke, Will’s eyes kept wandering back to that dipping V. He imagined hooking his fingers in those straps and pushing them down over her shoulders. And then telling her how over her he was. That was the plan, right?
When the door opened, he shifted, flattening a palm against each wall, blocking her way. She halted in front of him and squared her shoulders.
“Nice lace.”
She blushed instantly, and her response sent a hot flash to his groin.
She recovered quicker than he did. “Do you know why Josh Huntington threw us together tonight?”
“His deep devotion to Canyon.”
A look of disgust crossed her face. “Josh doesn’t do anything that isn’t purely in his own self-interest.”
He was glad to hear her say it. At least she wasn’t taken in by the guy. His own questions were pressing on him again. “Why did you leave Canyon?”
“Why did you come here tonight?”
He kept his palms flat against each wall. “Are you kidding? New Directions for Canyon? I’m the only guy who doesn’t see the place as a holy shrine. You want to hear my idea for Canyon? Sell it to developers, bring in the wrecking ball and the backhoes, and give hundreds of poor kids a full college ride.”
“An excellent plan. Hostile, but practical.” She tried to slip by him, and he leaned forward, bringing his face within inches of hers.
“Make me less hostile.” He reached out a hand and tucked a strand of her hair behind her ear. Her whole body shivered at the touch, and he felt gut-punched. He forced himself to press for the answers he wanted. “Why didn’t you answer that letter?”
He caught a puzzled look in her eyes, but the men’s room door opened.
“This is not the time or the place for this conversation.”
“Come with me. You can explain it.”
Voices intruded. Two men stepped into the hallway and halted. Will took his hands from the walls. Deep brown eyes pleaded with him. He took her arm, leading her down the hall.
“You were eighteen,” she said in a low voice.
“I knew my mind. You pretended not to know yours.”
“You had an amazing college opportunity ahead of you.”
“You didn’t believe in me. You believed in guys like Moreland, but not in me. You thought I wouldn’t make it.”
“You had not even begun to live. I was a widow. My husband had been dead barely a year. A year.”
“You saw where I lived,” he said quietly. “You were afraid to take a chance on a nobody like me.”
“I did what I had to do, what I thought was right. And look at you. You’ve done well. Without me. You can’t deny it.” She slipped out of his hold and headed across the patio.
A smart man would let her go. He decided to be smart. 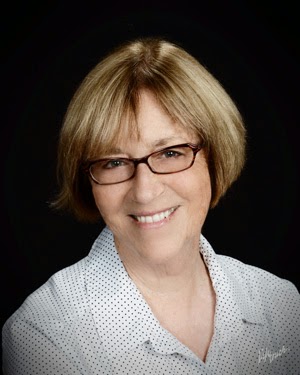 Kate has lived most of her life along the California coast. That experience has made her a jeans-wearing, toes in wet-sand, married to a surfer, fog-loving weather wimp, with a hint of East Coast polish from spending her college years in Boston. Family history connects her to Irish and English immigrants, Cornish miners, gold prospectors, and adventurers who sailed around Cape Horn bound for San Francisco.

When she's not reading, writing or brainstorming, Kate walks in the redwoods, feed birds, collect books, apples and leaves; she watches tele-novellas on Spanish-language TV and immerses herself in all things English. Her favorite food groups are butter, brown sugar, dark chocolate, and red wine. Kate's early literary influences were The Little Engine That Could, The Little Red Hen, and Winnie the Pooh. Austen, Heyer, Chaucer, and Homer came later and inspired her to put that first plot on paper.

Kate's heroes are honorable, virile outsiders with some grand ambition; her heroines are practical princesses, who drive those edgy loners into love with good sense and good sex.

Her family and friends offer endless support and humor. Kate says her children are her best works, and her husband is her favorite hero.
Website: http://katemoore.com/index.html
Facebook: https://www.facebook.com/KateMooreAuthor
Twitter: https://twitter.com/MooreKate0
Goodreads: https://www.goodreads.com/author/show/141866.Kate_Moore