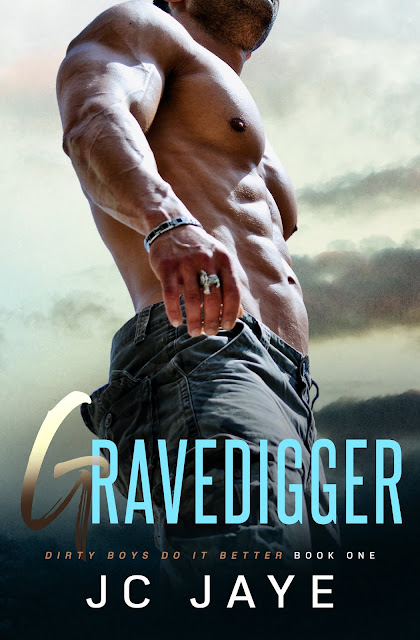 Filthy doesn’t even begin to cut it…
Ex-soldier Clint ‘Gravedigger’ MacGregor is cool among the tombstones. Tilling the earth by hand, he’s King of Oaklawn and likes it that way. No annoying folks in his face, and plenty of solitude to muffle the PTSD noise upstairs. But once he spies a sexy, tousle-haired angel kneeling in the grass every Saturday, it’s time to rejoin the land of the living, stat. Here’s hoping his Sunshine doesn’t mind a little mud…
She’s been lost, but now she’s found.
The death of her twin has gutted Casey Rae Kent. Turning hermit, weekly plein-air grieving sessions are the sum of her social life. But a thwarted attack and subsequent rescue by a hot Viking lookalike have her shaking off the stupor. Is this spade-wielding hero a gift from the heavens? Can Mr. Badass and Brawny be her sweet salvation? Hmm, best get this dirty boy’s take on clueless virgin unicorns…
Two troubled souls, zapped by the lightning bolt to the heart. All’s fantastic until fate lobs more mega-grade grenades in their path.
Hell, who said love was easy?
**Adult content and language.
PreOrder: http://mybook.to/GravediggerBuy
Goodreads: http://bit.ly/GravediggerTBR
TEASER REVEAL: 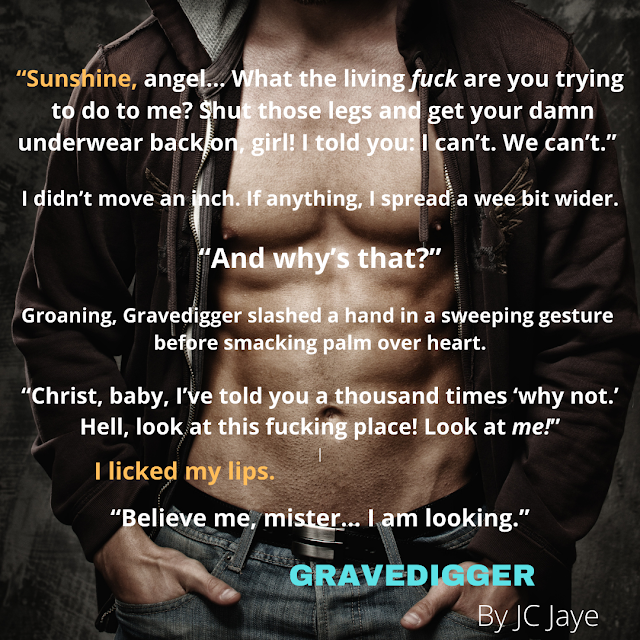 MEET THE AUTHOR:
It was all Rhett and Scarlett's fault.
(Talkin' the grand staircase scene, people.)
Stung by the literary lovebug at a tender young age, JC has been devouring spicy romantic fiction ever since. Seriously... What could possibly be more delectable at the end of a rough day than a big, bad, moody male brought to his alphahole knees by a gorgeous, kick-ass, rock star of a heroine?
Well, besides a hefty goblet of vino and some imported Brie.
Dreaming up "I wish" fantasies while slogging through the woefully Rhett-scarce world, JC invites readers to indulge in decadent escape through her foulmouthed and passion-saturated tales.
You heard foulmouthed, right?
WEBSITE | AMAZON | FACEBOOK
INSTAGRAM | GOODREADS | TIKTOK
HOSTED BY: