From the very first second.

The moment she sassed me, even though I was wearing my club cut, I knew she had fire in her soul.

As the tech man for the Houston Defiance MC, it’s my job to know everything. To always be ahead of the game. To outwit, outmatch, and outmaneuver our enemies at every turn. They may be smart, but I’m smarter.

Finding out this firecracker has ties to a rival MC catches me off guard.

And my first instinct is to protect her.

Taking her under my wing is impulsive, reckless, electrifying.

And I’m more than aware of the repercussions.

But what if she is not who she says she is?

Those close to me loathe the idea of us, and they’re becoming more of an issue.

But things are not always as they seem.

With new threats comes chaos and danger at every turn.

But perhaps the war lies closer to home than even we realize. 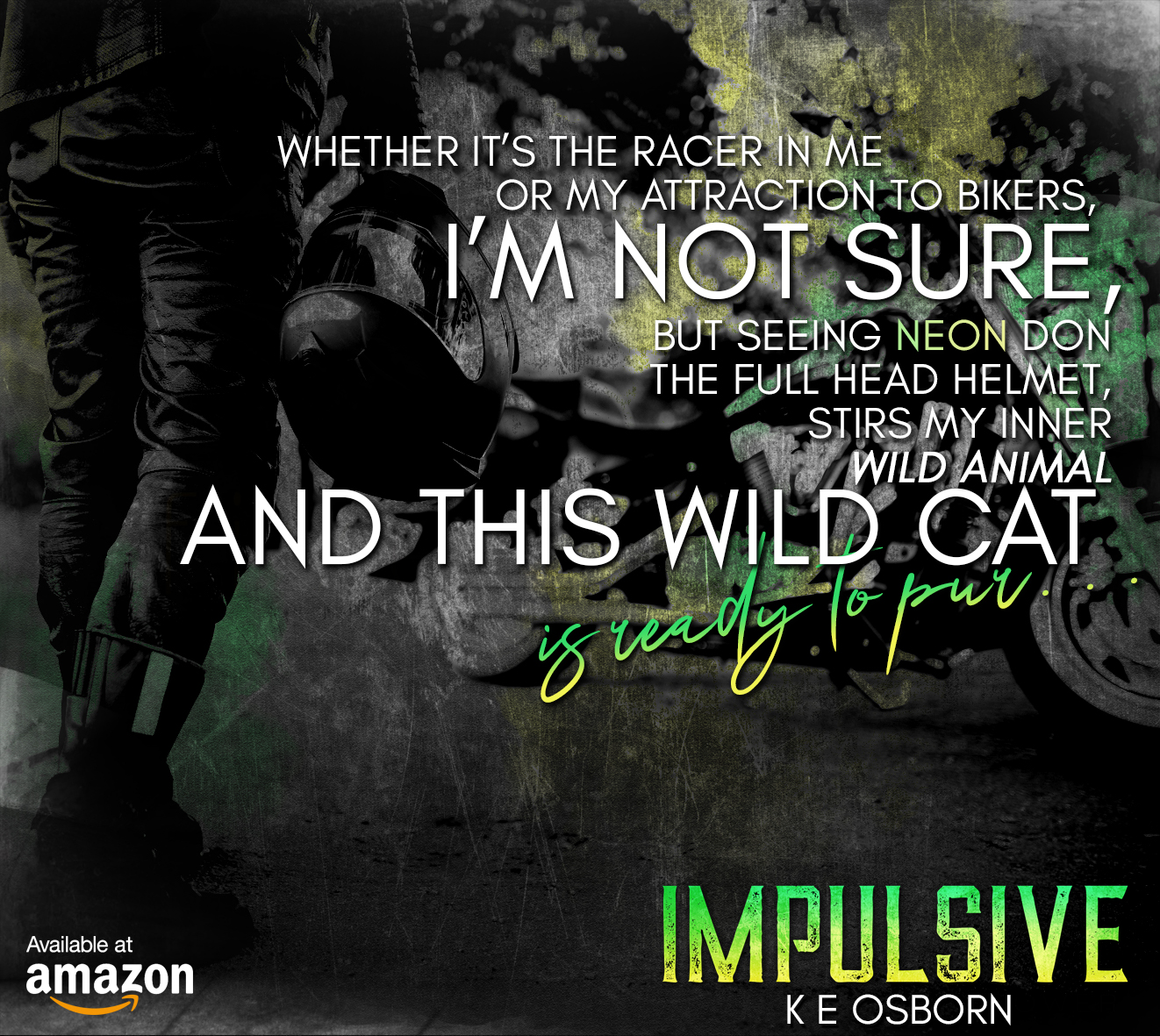 As I don’t want to admit it, I need Rage, or at least what he can provide for me.

My eyes widen as I let out a small, shocked gasp.

Did he actually say something nice?

“Thanks…” The word comes out hesitantly as he leans in pressing his lips to mine. Rough. Hard. Dominating. If there’s one thing about Rage, it’s that he’s always in control.

Well, in a matter of hours, I’m going to change the narrative. I am going to pull the rug out from under him. He has no idea what hell I have in store for this club. Like a thief in the night, he won’t know what’s going to hit him until it’s all gone, and I’m going to be the one person he never, ever thought would betray him.

And I’m going to do it with an absolute failsafe in place, so he can never come after my family or me.

You’ll get what’s coming to you, Rage.

And it’ll be so fucking sweet!

With a flair for all things creative, International Bestselling Author K E Osborn, is drawn to the written word. Exciting worlds and characters flow through her veins, coming to life on the page as she laughs, cries, and becomes enveloped in the storyline right along with you. She's entirely at home when writing sassy heroines and alpha males that rise from the ashes of their pasts.

K E Osborn comforts herself with tea and Netflix, after all, who doesn't love a good binge?